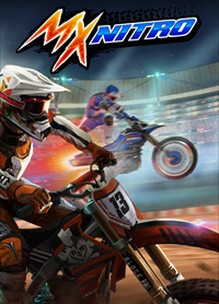 MX Nitro was replaced on Steam, PlayStation 4, and Xbox One with MX Nitro: Unleashed on February 27th, 2020. The original version is considered Extinct as it was not released physically and can no longer be purchased. The only way to retain the original would be in a scenario where the game was downloaded prior to February 27th and then kept offline so that the package could not be updated with the Unleashed content.

MX Nitro was originally published by Miniclip and taken over by Mad Dog Games for the Unleashed release. It is likely that the change in publishers required the original game to be delisted while Saber Interactive may have already been at work on the Unleashed content.

Peculiarly, a European PlayStation Store page for the game’s “Firestarter” DLC is one of the only remnants of the original game.

“Welcome to the MX Nitro world of thrill-ride motocross racing. Will you risk bone-breaking stunts to get the Nitro-boosts you need to win? You’ll need to ride fast, fly high and hit combos with the most death-defying tricks you can master.  Grab your first bike, nail its controls and you’re all set for a journey through some breath-taking locations, unlocking an Emergency Room full of stunts and dominating the tracks to become the MX Nitro champion.”