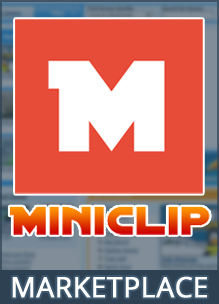 Miniclip announced on April 6th, 2022 that their long-running web game portal would lose most of its titles later in the “summer”. Now focused solely on mobile offerings, the transition would ultimately take place on or near July 7th, 2022. After this date the only games that remain playable on the web are Agar.io and 8 Ball Pool.

The evolution of Miniclip.com marks an incredible milestone in the Miniclip journey. Since opening our mobile division back in 2010, players have been migrating to mobile to play their favourite games, where they already enjoy the likes of Agar.io, 8 Ball Pool and Soccer Stars. Therefore, we are focusing on mobile to deliver incredible experiences for both existing and new players. Fans of Agar.io and 8 Ball Pool will still be able to enjoy those games via Miniclip.com, as well as access a wealth of information about Miniclip as a business.

The company provided a lengthy FAQ that repeatedly rephrases the above statement but does confirm a few finer points. Handing off the platform to fans would not be possible as “the technology required to make this happen is a proprietary solution to Miniclip”. Elsewhere, the post stated that the majority of games on the site were licensed from other developers and after July 7th these deals were effectively terminated. Developers were then free to handle their titles directly and some may have since appeared on other web game portals. The FAQ also states fairly conclusively that “there are no plans to continue supporting web-based games on this scale”.

Various “Top 10” and “Most Popular” Titles Over Time

A Full Games List was provided on Miniclip.com and can be viewed at the bottom of the archived site from 2006, 2007, and 2008. By 2009 the site had been redesigned to look much as it would through its remaining lifetime. No similar full game list was provided from this point forward.

[Miniclip.com About Us page] Miniclip.com is the world’s largest website dedicated to playing online games with 34 million unique users per month – source, Google Analytics, December, 2006. Miniclip.com games are the most played online games and are syndicated across more websites than any other games. Miniclip.com games are extremely popular because they are fun, free, high quality and easy to use. They include the full range from casual games to hard-core massive multiplayer games. Miniclip.com is one of the world’s top broadband websites with 98% of its users on high bandwidth connections. The Miniclip.com website was launched in 2001, has experienced explosive growth and is the largest entertainment portal privately held.