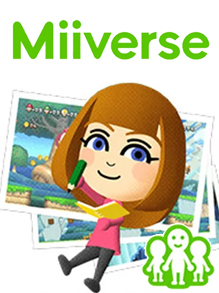 Nintendo confirmed today what intrepid dataminers have suspected since July: the Nintendo Miiverse service is shutting down. On November 7th, 2017 at 10:00pm Pacific Time the Miiverse service will be discontinued on Wii U, Nintendo 3DS handhelds, and on the web. The Wii U Chat service which enabled voice and video messaging between consoles is also being shut down alongside the Miiverse.

In their FAQ support page Nintendo explains the decision: “We started the Miiverse service in 2012 along with the launch of the Wii U system because we wanted to provide a space where users could share their feelings about games with each other. Thanks to users’ support throughout the years, we think we were able to achieve that goal. We decided to end the service at this time because,  among other reasons, many users are shifting to social networking services.”

Nintendo will also provide a means for users to download their Miiverse posts after the service ends through the http://miiverse.nintendo.net site. Users won’t be able to save comments and replies but a few weeks after the November 7th deadline, users who register at the Miiverse site will be emailed a unique URL to download their original posts.

A full list of 112 effected titles across the Wii U and 3DS is available here but Nintendo addressed several titles in more detail:

More details and more answers can be found at the Nintendo Support announcement and FAQ pages. The shutdown date has been added to the Watch List and calendar.