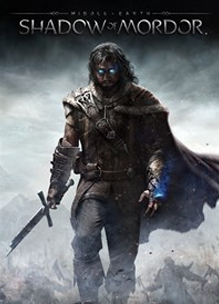 The original digital release of Middle-earth: Shadow of Mordor was delisted on PlayStation 4 (NA) and Xbox One (AU, EU, NA). Based on reddit discussions the game may have been delisted as early as March of 2017 or possibly alongside the release of the ‘Game of the Year‘ edition in 2015. Archive.org captures only confirm that the game was already delisted on Xbox One in January of 2019.

Although online features for the game were retired at the end of 2020 the ‘Game of the Year’ edition and its bundled DLC remains available to download on all platforms and in all territories where the original version was delisted.

You are Talion, a Ranger of the Black Gate, keeping watch over Mordor which has remained undisturbed for ages. In the blink of an eye, everything is taken from you – your friends, your family, and even your own life. Resurrected by a vengeful spirit, you must now embark on a relentless vendetta against those who have wronged you. Fight through Mordor and uncover the truth of the spirit that compels you, discover the origins of the Rings of Power, build your legend and ultimately confront the evil of Sauron in this new chronicle in Middle-earth.