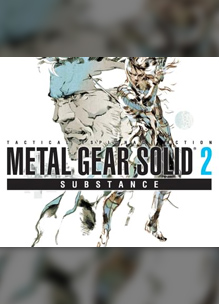 Solid Snake returns in Metal Gear Solid 2® Substance, the ultimate edition of Metal Gear Solid ® 2: Sons of Liberty, with all-new game modes, hidden characters, and storylines. Top-secret weapons technology is being mysteriously transported under cover of an oil tanker to an unknown location. Armed with an arsenal of new weapons, supplies and stealth maneuvers, it’s up to Snake to infiltrate the transport and keep this deadly weapon of mass destruction from falling into the wrong hands!