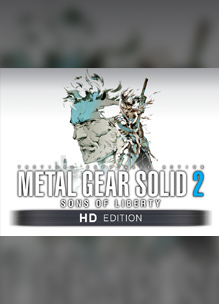 In addition to the enhanced, high-definition visuals, all titles in the collection will support trophies and achievements, marking another first in the series! The timeline then moves on to METAL GEAR SOLID 2: SONS OF LIBERTY, which is set in modern times and marks Raiden’s first appearance in the series. Solid Snake and Otacon receive intel that a new kind of METAL GEAR vehicle is being transported across the Hudson River. Snake infiltrates the tanker, which is then seized by a group of Russian mercenaries lead by Revolver Ocelot. Two years pass, and a new terrorist faction calling themselves The Sons of Liberty have taken over the Big Shell base.  New Fox Hound operative, Raiden, is sent to investigate.