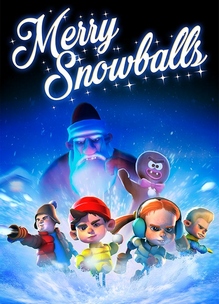 Hatrabbit Entertainment’s titles, Merry Snowballs and Slightly Heroes VR, were delisted from Steam on January 17th, 2020. In September of 2019 the studio announced on their LinkedIn page that they had been acquired by King. The games were likely removed as Hatrabbit ceased to operate as a developer and publisher, or because they didn’t have the time or resources to support their existing titles.

“Relive your childhood snowball fights in this beautiful and action packed snowball game – this time with cool gadgets and powers you once wish you had!

Play through challenging levels with a variety of Gadgets & Powerups like Ice gun, Triple Snowgun, Slow Motion, Blizzard, Lighting and more. Battle against the fierce neighborhood kids, blow Angry Gingerbread men to pieces and fight your way to the end where Bad Santa awaits in an Epic Battle.

Being nice is not an option if you want to become THE MASTER OF SNOW! Get your Christmas spirit up and join the fun!“