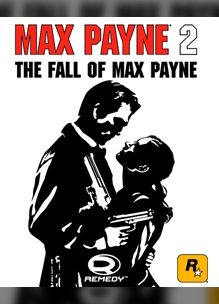 Max Payne and Max Payne 2 were relisted on Xbox 360 (and by extension on Xbox One) on November 10th, 2021. The titles were part of the 20 year celebration of Xbox and included in the last update to the Xbox 360 Backward Compatibility program.

Also in November of 2021 several versions of the games were delisted on Steam in select territories around the world. In Russia exclusively, the original game was delisted as early as April of 2021 and both have made sporadic and short-lived returns at a few periods since. The reason for these regional delistings on Steam is uncertain.

On April 6th, 2022 Remedy and Rockstar Games announced that a remake of Max Payne and Max Payne 2 were in development for future release. At the time of this writing it is expected that the existing digital versions of the games will be delisted on or near the date of the remake’s release.

Our original delisting information from 2019 continues below.

The Xbox Originals release of Max Payne 2 was delisted from Xbox 360 in February of 2019 according to reporting from TrueAchievements.com. The reason for its removal is uncertain; it could be tied to licensing of the Xbox platform, changes in ownership of the Max Payne property, or seemingly most likely, changes in the structure of Xbox.com and support for older disc-based releases (Xbox Originals and Games on Demand titles).

Max Payne 2: The Fall of Max Payne is a violent, film-noir love story. Dark, tragic and intense, the in-depth story is a thrill-ride of shocking twists and revelations.

His life in ruins, Max Payne finds himself back in the NYPD. During a routine murder investigation he runs into Mona Sax, a woman he thought dead, a femme fatale murder suspect. She holds the keys to the questions that haunt him. But nothing is simple in the dark and tragic night of New York City. An army of underworld thugs stands between Max and the answers he seeks. His journey deeper into his own personal hell continues.

Max Payne 2: The Fall of Max Payne delivers an intense gameplay experience. It features fierce, yet stylish action sequences and the slow-motion gunplay that has become synonymous with the Max Payne series.