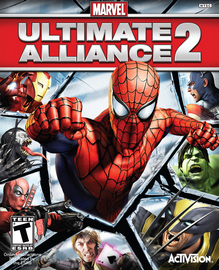 Some fans were expecting the delisting given Activision’s frequent delistings of licensed titles around their anniversaries; try searching the site for Teenage Mutant Ninja Turtles, Transformers, X-Men, or Spider-Man to see many more.

“The Marvel Universe is being torn apart. The Superhuman Registration Act becomes law and Super Heroes must register as weapons of mass destruction, becoming licensed government agents. As Civil War is stirred, Iron Man leads the Pro-Registration side while Captain America spearheads the stand on Anti-Registration. The enemies you battle and the missions you accomplish depend on which side you choose.