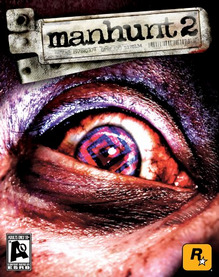 Manhunt 2 was delisted from Direct2Drive between April 27th, 2011 and early July 2011. It was delisted from Amazon no earlier than April 26th, 2016 and from Gamersgate between July and August of 2016. In all cases the game was available exclusively in the North American territory (specifically stated as including Canada, Mexico, and the United States).

A post on the fansite Rockstar Watch on July 11th, 2011 confirmed the delisting and found the reason was due to GameFly’s purchase of Direct2Drive from IGN Entertainment earlier in that year. GameFly refused to offer Adult Only-rated titles and so Manhunt 2 was removed from the service, apparently to the surprise of Rockstar Games themselves.

The post also recounts a questionable story from one fan who allegedly received word from Rockstar’s Sam Houser after informing the company of the game’s removal. The executive supposedly appreciated the heads-up so much that he sent the fan a rare physical copy of the AO-rated version of the game. Authentic or not, just one month later the game was officialy released on Gamersgate, bringing it back to sale digitally and potentially foreshadowing a physical release that would ultimately never happen.

In 2013, Rockstar would also release the game digitally through Amazon but by August of 2016 all official releases were delisted. The reason for the delisting from Gamersgate and Amazon are unknown but are possibly linked to its DRM, SecuROM, being cracked in 2016.

As of 2016, the uncut, Adult Only-rated version of the game was considered extinct. Only the edited, M-rated versions for console remain readily available.

“An experiment at a secret research facility has gone catastrophically wrong. Daniel Lamb and Leo Kasper are the only surviving subjects. The Pickman Project will stop at nothing to hunt them down and stop the truth from getting out.

Demented screams echo around the dank asylum that has caged you for the last six years. You open your eyes. A white-coated body slumps to the floor through your shaking hands. A bloody syringe slips from your arm. Waves of confusion and paranoia crash over you. You have no idea who you are or how you got here.

The door to your cell is open. One choice. One chance. They took your life. Time to take it back.“