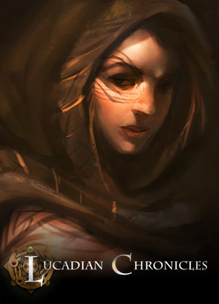 After recovering from a server issue on Steam and Wii U in September of 2021, Dark Roast Entertainment announced in October that they would permanently shut down Lucadian Chronicles by the end of March 2022. The Wii U version was presumably delisted after the server outage in September but it was not confirmed unavailable until December 5th, 2021. Although promised to be delisted in 2021, the Steam version remained on sale and dropped to $0.99 in early March before finally being removed from sale on April 7th, 2022.

Leading up to the end of March, Dark Roast Entertainment suggested only purchasing the game to collection and achievement hunters. In a forum reply on March 8th the developers even pointed out that “it’s hard to earn the multiplayer achievements with the lower player base and time / advancement required, so you should get them automatically just for logging in”. The team’s original announcement from October 16th, 2021 follows:

Hi all – we’ve recently run into some issues with the game client being unable to connect to the servers. We have uploaded a new build that hopefully fixes those issues. If you’re still having server issues after updating, or have other problems with the new client, please let us know.

Updating the game at this point is very difficult. The client engine and the server side implementation / tools are old and hard to work with, and some of the server functionality has been changed by our host provider. It’s only a matter of time until it breaks again in a way that is difficult-to-impossible to fix.

As such we are going to wind down support for Lucadian Chronicles within the next 6 months. We will stop selling the game on Steam but it will continue to work for existing owners until the end of March 2022, at which point the servers will go offline and the game will no longer function.

Making the announcement now to give plenty of warning. We hope you’ve enjoyed your time with the game – we’re sad that we have to stop supporting it but we’d rather do it on our terms than wake up one day to find that it’s irrevocably broken.

On March 31st, the developer posted again after the game’s delisting was postponed, giving new players a little more time to get into the game before things shut down at the end of April.

Originally we said that the servers would go offline at the end of March – however the game has been on sale this entire time and people have been buying it (it should no longer be able to be bought in April) so we are now planning to stop service at the end of April rather than March. For people trying to get those last achievements you should have some more time!

As of June 2022, the game’s servers seem to be operational on Steam, with the developer stating that they will be turned off “soon”.

In Lucadian Chronicles each card has a variety of stats and abilities as well as a color and cost. Create teams of character and sorcery cards to conquer opponents in a brain-taxing story mode or to defeat online opponents in real-time drafts or asynchronous leagues.

Single Player
The single-player portion of the game has a full story with branching paths. It’s designed to test the strategy limits of the player with challenging optional branches and objectives.

Multiplayer Leagues
In Leagues you join a pool of other players and fight them asynchronously. League play stresses the overall strength of your collection, the ability to identify trends in the meta strategy, and to adapt to what the players in your specific leagues are doing.

Multiplayer Drafts
Draft mode is a real-time pure test of skill in which all players begin on even footing, regardless of existing collection. In drafts you first pick the cards you’ll use , then enter a mini-tournament in which you have access to only those cards.

No Microtransactions
Earn cards through play, not by pay.

Cross-platform Play
The Steam version of Lucadian Chronicles allows for matchmaking in both leagues and drafts with the existing Wii U player base.

Thanks to pivuxos for submitting this game to the site