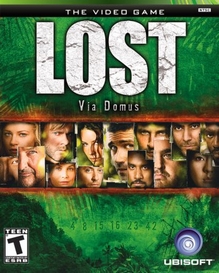 Lost: Via Domus was delisted from Xbox 360 no sooner than January 19th, 2012. This is the date it was last confirmed available via Archive.org captures and was removed by February 28th. On Steam, word of its removal was first brought up in August of 2013. Its Steam store page was officially removed on November 26th, 2014. Although the game was not well received on any platform and could be one cause for removal, it was most likely delisted due to expired licensing from Disney/ABC.

The game remains available on physical media for all platforms on which it was released.

“As a passenger of Oceanic flight 815, you survived the crash and find yourself on an uncharted island somewhere in the Pacific Ocean. As you begin to unravel mysteries of the island, you begin to discover secrets of your own. You will have to understand your past mistakes in order to survive and find your way home.“