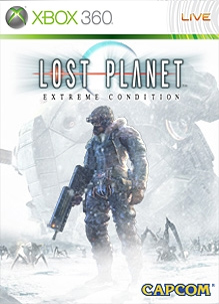 The Xbox 360 Backwards Compatible version of Lost Planet: Extreme Condition was delisted from the Xbox Store no later than July 25th, 2021. According to Microsoft’s Xbox One Backward Compatibility list, Lost Planet is denoted alongside several others with the note “This title may not be available in all regions and/or may not be available for purchase digitally in the Xbox Marketplace. Previous owners of the disc/digital versions of these titles should still be able to play them on an Xbox One console”.

No explanation has been given for the removal of the original Lost Planet, however the 2008 release of Lost Planet: Extreme Condition Colonies remains available to download on both Xbox 360 and Xbox One. Colonies includes all of the content from the original game and adds new maps and modes, but its save files and multiplayer progression are not compatible with the older release. Avoiding frustrations and segregating the online player base between the two versions may have influenced Capcom’s decision to remove the original Lost Planet from sale. It is also possible that some other technical or licensing complications arose regarding the original title.

Driven to the brink of extinction on ice-covered wastelands, humankind fights to survive. Battle to survive against gargantuan alien Akrid and treacherous Snow Pirates on the vast and frozen landscape of EDN III. With no allies at your side, the only thing you can trust is your instincts.

Combining a gripping single player campaign and intense multiplayer modes with support for up to 16 players online, Lost Planet is an epic gaming masterpiece. Enormous world maps unfold as players battle across vast snow fields and deserted cities either on foot or in armed, robotic Vital Suits.

Thanks to TheHuntaKilla for submitting this game to the site