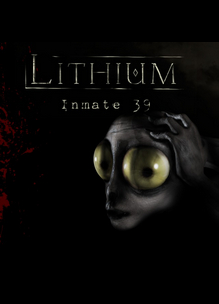 Lithium: Inmate 39 was delisted from Steam on September 4th, 2019 and from PlayStation 4 no later than November 4th, 2019. The game was replaced by Lithium: Inmate 39 Relapsed Edition, an enhanced version of the original game, on November 5th, 2019. Canu Arts confirmed that anyone who bought the game on either platform before the Relapsed Edition release would receive the new version for free.

“Inmate 39 is a harmless little creature trapped in a horrific world his mid has created. You must help him escape this traumatic reality by collecting clues and putting the pieces of his life together.

From time to time Inmate 39’s alter ego, a deadly creature, will come to his aid, destroying everything in his path. Playing as the helpless and small Inmate and switching to the big deadly ally will present a fun and interesting gameplay experience.“