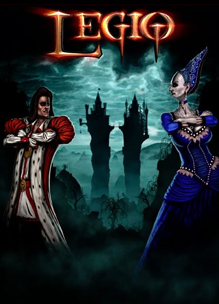 Legio was likely removed from sale on most PC platforms by the end of 2013. Archive.org captures of the game’s page on GamersGate show it was last available in July of 2013 and do not confirm its delisting until September of 2015. While the ‘buy’ button on the game’s homepage only linked to GamersGate, a Paradox forum post shortly after its release linked to over 15 marketplaces, most of which are no longer in operation. It is unclear why the game was delisted but it may be related to compatibility issues on modern hardware.

Legio is a turn-based strategy game for one to two players. The game takes place in a mythical fantasy world where magicians, warriors and monsters battle for domination. Playing Legio is an intense experience, requiring careful strategic thinking, rewarding both courage and cleverness!

The game is a mix between chess and a turn-based war game. Both players control an equal army of characters, with the goal of eliminating the other player’s army. A game of Legio consists of two battles. The first takes place on the drawbridge, and the second inside one of the two castle battlegrounds.