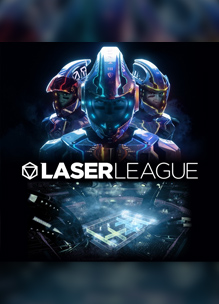 Roll7 and 505 Games updated the PlayStation 4 and Xbox One store pages for Laser League around December of 2021. Appended to each page was a new announcement that online services and multiplayer on both platforms would end on February 28th, 2022. The games were removed from both stores alongside the termination of online services.

On Steam, Laser League transitioned from publisher 505 Games to CE-Asia in June of 2021. It was retooled as the free-to-play Laser League: World Arena and scheduled for release on December 8th. It seems CE-Asia wasn’t interested in maintaining or relaunching the console versions of Laser League, likely due to low active player counts.

IMPORTANT: Laser League Online Service will finalize on February 28th, 2022. Online matches will not be available from that point.

Vaporize the opposition in the light-speed future of sport.

An all new multiplayer experience – easy to pick up, but near impossible to put down, Laser League starts as a simple test of your reflexes, but soon becomes a strategic showdown with deep team tactics.

Combine your class abilities, dominate the pitch, eliminate your opponents and claim your place on the podium.

Beat Mastery challenges and level up to unlock hundreds of kits and customizations. Rise up the leaderboards and become a sports legend of 2150.