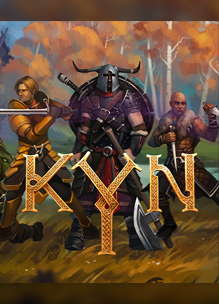 Toren and Kyn were both delisted from GOG.com on August 4th, 2022. Earlier that morning GOG.com team member sysia_GOG announced that each delisting was caused by “expiring licensing rights” and that the games were to be removed by 3 PM UTC. As usual, anyone who owned the games before this date is able to re-download and play them.

The licensing rights in question appear to be related to each game’s developers as publisher Versus Evil continues to maintain numerous titles on GOG.com and other platforms as of this writing. It is possible that due to underperforming sales of the games on GOG.com Versus Evil chose not to renew their licensing arrangements specifically for these games.

In a world where Viking mythology collides with magic, explore the world of KYN in a fast paced role playing strategy game that combines party based combat with exploration and progression.