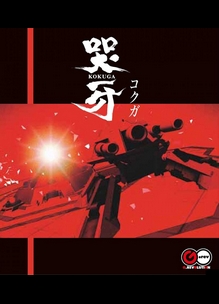 Kokuga was delisted from the Australian and European Nintendo 3DS no later than April of 2020. This is the month that an anonymous reader noticed the game had changed on their 3DS Wishlist and was no longer able to be purchased. It is possible the game was delisted some time before this as well. Unfortunately, the Nintendo.com URLs for the game in these regions have been excluded from Archive.org.

The reason for the territorial delisting is as unclear as the timing of its removal. It is possibly related to G.Rev’s status as a Nintendo publisher in these regions. As of this writing, the game remains available on the eShop exclusively in the United States as it was never published in the greater North American territory including Canada.

Kokuga was directed by Hiroshi Iuchi, famed creator of Radiant Silvergun and Ikaruga.

“After months of bitter conflict with its neighbor, country A is preparing to unleash its latest machine of war, code-named Kokuga. With access to 9 destructive weapons and an array of power-ups, the compact mobile tank is an elite military machine.

Highly-reputed boutique game studio G.rev is pleased to offer this old-school strategic shooter for the Nintendo 3DS. Players are tasked with piloting Kokuga, and must destroy tanks, drones, gun towers and other mecha in 12 different training missions. Each stage culminates with a boss fight, pitting the player against massive heavily-armed bosses. Upon receiving orders for active duty, the player is thrust into action against enemy forces.

Structured so gamers have maximum freedom in their game experience, Kokuga is great for both casual game sessions or long challenges. Local and Download Play is supported, so assemble your squad of up to four players! Develop new strategies and help out your teammates by coordinating card use.“