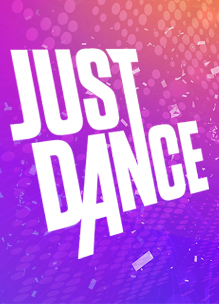 This page contains a table of all main, side, and spin-off titles in the Just Dance series published by Ubisoft that were released digitally (not including mobile). As releases and delistings vary greatly across many platforms and regions, these games will not have individual pages on the site. Check your territory’s digital storefronts to confirm availability (Xbox 360, Xbox One, PlayStation, Nintendo).

In general, Ubisoft announces the end of online services for Just Dance titles 2 – 3 years before they remove them from sale. This typically happens 4 – 6 years after a game is released. In all cases, it is likely music licensing to blame for the delistings, although consolidating resources within Ubisoft could also be a cause.

Since 2017, Ubisoft has offered extra songs and features through the in-game subscription service known as Just Dance Unlimited. Some DLC songs and add-ons remain available for previously delisted titles while others do not.

“Just Dance is a rhythm game series developed and published by Ubisoft. The series’ title was named after the Lady Gaga song of the same name. Just Dance is a motion-based dancing game for multiple players, with each game including a collection of songs each with their own dance choreographies. During each song, players mirror a dance performed by actors on the screen, following commands that appear on the screen, and are awarded for their accuracy.

Players are given ranks based on how well they do. Depending on the game and system it is played on, the game can be played with either motion controllers or camera devices (such as the Wii Remote and Kinect), or using an app downloaded on a smart device.“
– Wikipedia