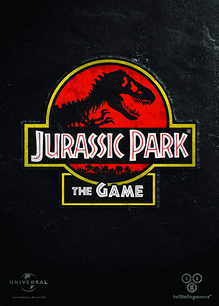 Jurassic Park: The Game was delisted from Steam on November 14th, 2018 when its price was set to $0.00 making it unavailable to purchase. It remained available on PlayStation 3 and Xbox 360 for a time, possibly being delisted by the end of 2018. The game was removed amid the financial troubles and rapid closure of Telltale Games in the Fall of 2018.

A cinematic adventure 65 million years in the making!

Security systems have failed and the creatures of the park roam free. Now, a rogue corporation will stop at nothing to acquire the embryos stolen and lost by Dennis Nedry. Experience a brand new adventure and see new areas and dinosaurs in this landmark game set during the events of the first Jurassic Park movie.

This bundle contains all 4 episodes of Jurassic Park: The Game: Episode 1: The Intruder – Episode 2: The Cavalry – Episode 3: The Depths – Episode 4: The Survivors