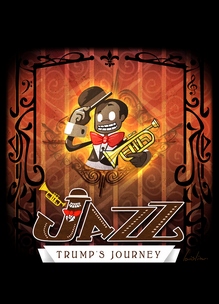 Jazz: Trump’s Journey was likely delisted from the PlayStation Vita in Europe as early as August of 2014. The PC version available from Desura would have been taken offline in 2016 when that marketplace was shut down. The game has also been removed from iOS and Android platforms.

It appears that developer and budding publisher, Egg Ball Games, shut down their operations in 2014 around the release of the game on Vita. Their homepage went offline in January while their Twitter account was last updated in August of 2014. Jazz had been greenlit on Steam in June of 2014 and was to be published there by Plug In Digital but it looks as if the deal fell through, leaving the publisher with an empty slot for a Steam release.

With Egg Ball unable to support Jazz on Steam it appears that Plug In Digital replaced it with Spirit of War, a World War I era turn-based strategy game from developer G-OLD. Jazz’s Greenlight page still redirects to Spirit of War’s Steam store page as of this writing. Just a month after the game’s release Jazz’s availability on PlayStation Vita was brought into question on reddit. We found no other discussion about the game’s removal until a confirmation in 2018 on a PSN Profiles forum thread.

“My name is Trump and I’m a jazz man, and this is my story. Immerse yourself in the memories of Trump, in his dreams as a young, star-struck jazz musician, in love with the lovely Lady Poppy.

Presenting a daring parallel with the real story of Louis Armstrong, relive Trump’s life, his quest to form a group, his love affair and battle against injustice in the New Orleans of the early 20th century. Let inspiration guide you through this fascinating platform game.“

Thanks to ffdm for submitting this game to the site