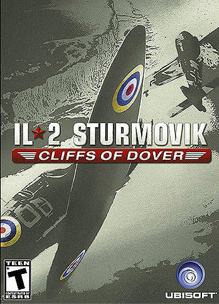 IL-2 Sturmovik: Cliffs of Dover was delisted on Steam on December 14th, 2017 alongside the release of IL-2 Sturmovik: Cliffs of Dover Blitz, an updated version of the original game. 1C Game Studios announced the new release on the same day, adding that all existing owners of the original version would receive Blitz for free. The team’s announcement follows:

1C Game Studios, in partnership with Team Fusion Simulations, is proud to announce the release of a newly updated and improved BLITZ edition of the IL-2 Sturmovik: Cliffs of Dover! As announced previously, 1CGS has partnered with Team Fusion Simulations to codify and improve their previous mod work and make it an official part of Dover. The result of that effort is now here!

All current owners of Cliffs of Dover Classic will receive BLITZ for FREE in their Steam Library starting today. You just need to install to play. It may already be there waiting for you. If you don’t already own Cliffs of Dover you can purchase it from the Steam store.

To celebrate the launch, from December 14th until January 4th BLITZ will be on sale for 25% OFF. The regular price after the special will be $24.99.

Blitz was developed by fans over a period of years as a mod for the original game. Apparently impressed, 1C confirmed on December 14th that “their work is now officially a commercial product and no longer just a mod”.

Join the Royal Air Force and Battle for Britain!

Fly into the pivotal aerial battle for the skies of Britain. As a member of the British RAF, face off against the deadly German Luftwaffe and the Italian air forces. IL-2 Sturmovik: Cliffs of Dover is the next exciting World War II flight combat simulation title from 1C: Maddox Games, creators of the critically acclaimed IL-2 Sturmovik series.