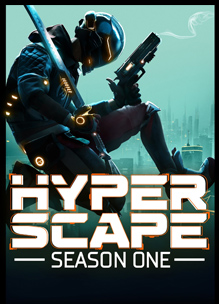 Ubisoft announced on January 27th, 2022 that Hyper Scape would be shutting down on April 28th. The free-to-play game was removed from the PlayStation Store and Xbox marketplace by January 28th but remained accessible on PC for a time from the Epic Games Store and the Ubisoft Store. Ubisoft’s announcement follows:

We have made the difficult decision to end development of Hyper Scape and shut the game down as of April 28th. We set out to create a vertical, close-quarters, and fast-paced shooter experience and we are extremely grateful to our community for joining us on our journey. We will be taking key learnings from this game into future products.

To the Hyper Scape community, thank you for your passion and dedication to the world of Neo Arcadia both inside and outside of the game. Your devotion to the game we built will always be cherished.

Reach out to us if you have questions.

Ubisoft provided no further explanation but the decision to shut down the game was likely related to low player volume and profit from sales of in-game items and battle passes.

Hyper Scape™ is the one and only urban futuristic free-to-play Battle Royale where 100 contenders engage in first-person close-quarters combat and fast-paced matches to become the next global superstar.

Three decades in the future, life is idyllic … for the 1% that can afford it. For the rest of the 10 billion souls trapped in the crush of the megacities, day-to-day life is a grind. The one escape is into the Hyper Scape, an immersive online environment used for work, study, and play. The fastest way to rise to the top and change one’s lot in life is to compete in Crown Rush, an intense urban Battle Royale taking place at the heart of the Hyper Scape. Win at Crown Rush, and change your life!