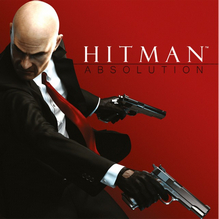 Hitman Absolution was delisted from the PlayStation Store for PlayStation 3 no earlier than April 18th, 2017. The game was part of a PSN Flash Sale that ended on April 17th and was then confirmed delisted in June of 2018 when we noticed its absence on the PSN store. It was delisted between these dates but we have yet to identify a more exact date or time frame. All downloadable Hitman titles were also included in the April 2017 Flash Sale but as of this writing no others have been delisted.

It is possible the delisting happened in May of 2018 when IO Interactive announced they would “remove all Contracts Mode DLC for sale from all platforms”. This was in part a response to the upcoming GDPR European privacy regulations going into effect and the fact that IO did not own the Absolution Contracts Mode servers. Now separated from Hitman Absolution publisher Square Enix, it is possible the only solution for the PlayStation 3 version of the game was to remove it from sale entirely.

Hitman: Absolution follows the Original Assassin undertaking his most personal contract to date. Betrayed by the Agency and hunted by the police, Agent 47 finds himself pursuing redemption in a corrupt and twisted world.