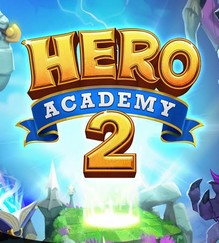 Robot Entertainment announced on January 7th, 2019 that three of their multiplayer titles would be shutting down on April 8th. Patrick Hudson, CEO of the studio, posted the following statement to each title’s homepage along with a brief FAQ:

It’s painful to even write this. We are sorry to say that we will be closing down Orcs Must Die! Unchained, Hero Academy, and Hero Academy 2.

Making and supporting a game is a long and challenging journey. Along the way, there are plenty of highs and plenty of lows. The communities who play our games join us on these journeys. We know this decision affects our players as much as it does us.

We’ve kept these games operating at a financial loss for many months. Unfortunately, it’s no longer sustainable for us to do so. We must shift our focus to future games and make our investments there.

All three games will remain playable until Monday, April 8th, 2019 at 10:00 a.m. Central Time (UTC-05:00). Commencing immediately, all players logging into Orcs Must Die! Unchained and Hero Academy 2 will receive a substantial free grant of hard and soft currencies to enjoy the remaining weeks of live play. You may have to wait up to 24 hours for the currency grant to arrive in your account. We do not have a way to immediately make the grants upon first login.

All of us at Robot would like to thank everyone who has played one of these games. We’ve loved interacting with you in game, on our forums, and at places like PAX. We hope you give us the opportunity to join you again in our future games.

As stated, the games were no longer financially sustainable and were apparently costing Robot Entertainment more money to continue operating than they generated.

HERO ACADEMY IS BACK