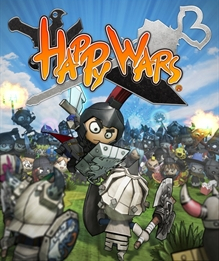 Toylogic announced on March 8th, 2018 that the Xbox 360 and Windows versions of Happy Wars would be shut down on December 16th, 2018. A one-week grace period was given for players to transition their for-pay Happy Tickets currency to the Xbox One version of the game that continues as the sole supported platform. A roadmap leading up to the shutdown was also laid out and an FAQ with additional information was provided:

Thursday, March 15th, 2018 – 5:00am (EST)
Happy Ticket migration services will no longer be available on all platforms.

The decision came after what sounds like years of frustration with keeping all three versions of Happy Wars up to date. The announcement offered the following explanation:

We are deeply grateful for your support of Happy Wars over the years. It has been 5 years since Happy Wars first released on the Xbox 360 in October of 2012. It’s been a wonderful run, and we would like to thank all of our fans, supporters and players who have been with us through it all.”

Happy Wars was also released on Steam in May of 2014 but was retired on February 16th, 2017. Happy Wars remains available to download on Xbox One.

“Happy Wars is a large-scale online multiplayer action game, involving up to 16 players per match. Go wild in over-the-top melees in a fantasy setting featuring comical characters! Assign any of the 6 unique character classes to your player character, personalize it by adding customization parts from a wide variety of choices, and engage in heated sieges and cast spells in grand magical battles with players all over the world!“

Happy Wars is great because: