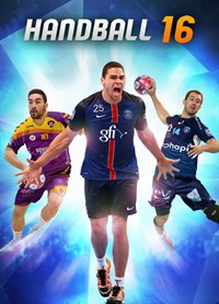 Handball 16 was delisted from Steam on August 12th, 2020. It was presumably delisted on or shortly before August 12th on PlayStation 4. As of this writing the game remains available on all other platforms where it was released but is expected to be delisted soon.

Expired licensing of the league, brand and/or player names through the International Handball Federation (IHF) is likely the cause for the delisting. EKO Software’s sequel, Handball 17, remains available on all platforms as of this writing.

Play with all your favourite teams in Handball 16, THE first handball simulation! Discover a realistic game system, using a new physics and rendering engine, and enjoy fully redesigned controls for a more accessible game experience. Use all the real handball moves and tactics: the spin shot, hip shot, fake, dodge, jump shot…

Play with all 68 teams from the three biggest European leagues, with all the players, kits and official statistics of the 2015-2016 season:

Learn how to play with a help system that adapts to your play style and evolves as you progress. Perform combos just like in a real match with 24 offensive tactics that change according to where your players are situated on the court.