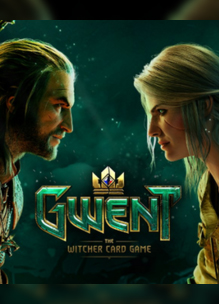 CD Projekt Red announced on December 4th, 2019 that GWENT: The Witcher Card Game would be shut down and removed from PlayStation 4 and Xbox One on June 9th, 2020. The full announcement follows:

When we launched the console versions of GWENT back in 2017, our intention was to provide console players with the same level of support as their PC counterparts. However, having just launched GWENT on iOS, and with the Android version coming, the number of supported platforms would significantly increase. Looking to the future, we do not believe we can support a growing number of different versions of GWENT while improving feature parity between them.

Considering that PC and mobile are the most popular platforms among GWENT players, we have made a tough decision: to discontinue support of console versions of the game. All GWENT players on consoles will be offered an option to copy their account progress and purchases from their current platform to a GOG account, which is used by both PC and mobile versions of the game.

How exactly is this going to work?

Starting from December 9th, 2019, console players will be able to access a webpage where they can request to copy their progress from their console account to a new or existing GOG account. Since we do not support the “merging” of accounts, we will only be able to copy progress to existing GOG accounts that do not have any GWENT progression on them at the time the request is made.

This account-copying process will be available for a period of 6 months — from 09/12/2019 to 09/06/2020. On 09/12/2019 we will release an update which will essentially freeze GWENT in its current state. From this point onwards, both console versions will be operational up until 09/06/2020. Until that time, their functionality will be limited. For example:

– There will be no regular updates for console versions starting with the December 9th update
– Future expansions and additional content won’t be released on consoles
– We’re disabling all real-money purchases on consoles, starting today
– After the December 9th, 2019 update, matchmaking on consoles with other platforms will no longer be supported

What progress will be copied:
– All collected ornaments
– Meteorite Powder — Only applies to Xbox One players*
– All other currencies
– Cards
– Deck lists
– Account level
– Current Rank
– Thronebreaker rewards
– Contracts

GWENT is a card game of choices and consequences, where skill, not luck, is your greatest weapon. Pick a faction, build an army, and wage war against other players across multiple game modes. With hundreds of cards to collect — charismatic heroes, mighty spells and special abilities — new strategies are always a thought away.

Sling cards across two tactically distinct rows — melee and ranged. Gather more points than your opponent to win a round. Win two out of three rounds to win the battle. It won’t be easy, but not one said it should be.

NO HOLDING BACK, NO HOLDING HANDS
You start with 10 cards in your hand, able to play each right from the start. It’s up to you to open the game with your strongest unit, or save the best for later.

SKILL BEATS LUCK
Crush the enemy with brute strength or outsmart them with clever tricks — GWENT’s unique round-based gameplay opens up a world of strategic possibilities to play with.

FREE TO PLAY THAT’S WORTH YOUR TIME
A fair and fun progression system turns the effort of building a competitive collection of cards into pure pleasure — just play GWENT, no strings attached.

STUNNING, ALL ACROSS THE BOARD
Beautiful, hand-drawn art and mesmerizing visual effects breathe life into every card, battle and battlefield, making GWENT both fun to play and a joy to watch.