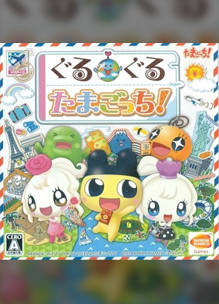 Let’s play in the world!
10 areas selected from a ranking of places children would like to visit! Figure skating in Russia, hula in Hawaii, soccer in Brazil, curry in India …… You can enjoy mini-games unique to each country.

Let’s have a chat in the world!
More than 100 characters!
Enjoy in-depth communication with the characters in the largest scenario in the series!

Customize your room!
Collect interiors from all over the world to create a beautiful room!

Transfer function!
You can take over the previous “Tamagotchi! Seishin’s Dream School” on your Nintendo 3DS, you can unlock special costumes for Dream School! You can also transfer your characters and rooms to the next game!