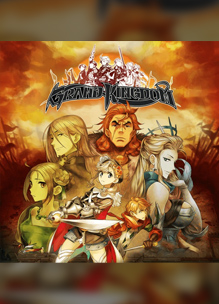 Spike Chunsoft announced in a brief news post on February 7th, 2022 that Grand Kingdom for PlayStation Vita and PlayStation 4 would be removed from sale and its online features shut down in Japan on February 28th. The statement, by way of Google Translate, read:

Regarding PlayStation®4 / PlayStation®Vita version “Grand Kingdom”, the server for Internet communication will be stopped at the end of March 2022. As a result, the online services will be stopped. Thank you for using this product for a long time since its release in November 2015.

Outside of Japan, the same War mode was retired by publisher NIS America in October of 2019. However, the game has remained on sale across Australia, Europe, and North America since release. Although much of the game is playable offline, it appears Spike Chunsoft felt that the War mode was critical to the experience, choosing to remove it from sale for lack of these online features.

In the wake of the Uldein Empire’s demise, the Four Great Nations wage war for control of the land of Resonail. As captain of an up-and-coming mercenary squad, fight on behalf of a contract nation and lead your troops to victory!

In GRAND KINGDOM, you will join the war for Resonail’s future in this tactical RPG! Recruit units from among 17 unique class types, arrange your custom battle formations, and lead your troops to victory! Take part in exposing a sinister conspiracy in a thrilling single-player campaign, or form a contract with one of the Four Great Nations and join the war effort online, where you will compete against other players for control of territory and resources! So choose your contract nation wisely, for in this war for supremacy, there can only be one Grand Kingdom!