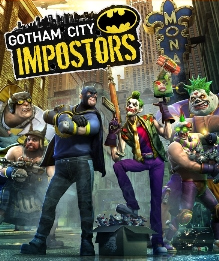 Gotham City Impostors was delisted from PlayStation 3 no later than July 25th, 2014. This is the date that the game’s servers were shut down after the closure of GameSpy which powered the multiplayer title. The other versions of the game ran on different server infrastructures and were not affected. The Steam version, titled Gotham City Impostors: Free to Play remained available to download until it was removed on August 26, 2021. The game was most likely delisted on Steam because of low player counts, with the game having less than 500 concurrent players since late-2014. Gotham City Impostors was also previously available on Games for Windows – LIVE until that version was replaced by Free to Play on August 31st, 2012.

As of May 2022, Gotham City Impostors remains available exclusively on Xbox 360.

Gotham City Impostors allows up to 12 players to battle for control of an unhinged Gotham City overrun by Impostors inspired by the DC Comics characters Batman and The Joker. Players can engage in deliriously fast paced, uniquely vertical, and completely unconventional urban warfare where progress supports leveling up and access to a mind-boggling array of customization options.

Unlock new Bats or Jokerz costumes and build your own specific loadout from a huge assortment of traditional and homebrew weaponry, equipment, and perks. Gadgets such as the Glider Rig, Grappling Hook, and Spring Boots give gamers unprecedented mobility options, while support items like the Bear Traps, Boomerang, and Body Armor open up new tactical options.

Thanks to John for submitting this game to the site