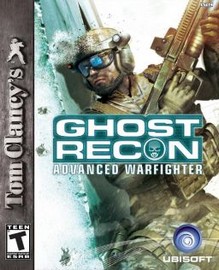 Ghost Recon: Advanced Warfighter and Ghost Recon: Advanced Warfighter 2 were delisted from Steam no later than May 30th, 2015. They were likely delisted from the Ubisoft Store around this time as well. Although the games were affected by the termination of the GameSpy multiplayer services in May of 2014, they remained on sale for the following year.

It has been suggested that the games were ultimately removed from sale due to expired licensing of the Diesel engine that was used exclusively for the PC versions of each game. Diesel was created by GRIN who developed the PC versions of GRAW and GRAW2 but sold the rights during their bankruptcy which were reportedly acquired by Overkill. The console versions were developed using different engines and as of this writing are still available to buy.

While the games may still be available on physical media and as downloads for consoles, the multiplayer in all versions has been altered from its original form. After the GameSpy shutdown Ubisoft Support began referring PC players to third-party solutions to continue playing online. On consoles, the games first lost some of their online functionality in 2014. According to Ubisoft Support, online play was scheduled to be terminated entirely in 2016 but based on forum threads from 2018, matchmaking was apparently still functional.

“The face of war has changed. New enemies and new threats require a new type of warfare – a new type of soldier. Enter the Ghosts. Become the soldier of the future: Using a fully integrated combat system with cutting-edge weapons and revolutionary communication systems, gain a realistic view of how war will be fought in the next decade. Customizable multiplayer experience and Unique Online Co-op Campaign: Create your own identity, create your own gametypes, and take the battle online with up to 16 players. Then, play a brand new campaign created exclusively for online coop play.“

Thanks to Jukantos for submitting this game to the site