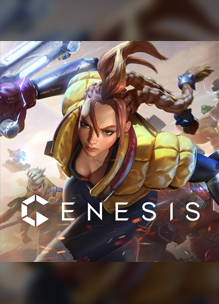 Although the game’s Steam Store page remains online, no news has been posted, or new beta tests scheduled, since April 3rd, 2019. This is essentially the game’s delisting date on Steam as it was no longer able to be claimed or downloaded directly from Steam around this date. Developer Jay confirmed in a pair of forum replies on April 6th, 2019 that the game was not currently available but that it would be accessible again when the game launched. At one point this launch was scheduled for July of 2019 but Genesis remains unavailable on Steam.

Presumably in January of 2022 Rampage Games added an announcement to the title screen of the PlayStation 4 version of Genesis. Explaining that the company strategy had changed, the game was scheduled to be removed from the PlayStation Store on January 7th, 2021. Given the timing, this would seem to be a typo and they actually meant January 7th, 2022 but as of this writing on January 11th, Genesis and its in-game content remained accessible. The announcement presented in the game follows:

Thank you for your continued support to Genesis! Due to the adjustment of the company strategy, Genesis will terminate operations at 2:00 (utc+0) on April 10, 2022. The termination of operations is now notified as follows:

1. January 7, 2021: all platforms will not be able to download the game, and the game recharge function will be suspended;

Tip: After the game server is closed, all account data and character information in the game will be cleared.

Thanks to all players who support the Genesis, from the date of this announcement to 2:00 (utc+0) on April 10, 2022, items and currencies that have not been used in the Genesis game account You can continue to use it,we hope you can continue to have a good time in the game.

Previous to this, the Genesis social media accounts, homepage, and Discord server were either removed or abandoned. The in-game announcement on PlayStation 4 is the last time the game was publicly addressed by Rampage Games or Hainan Legendkey Network Technology.

Genesis is an action-packed classic MOBA focusing on competitive 5v5 online play for control of the battlefield. Themed around a futuristic sci-fi setting, Genesis will offer a rich roster of 28 original heroes, as well as various skins, weapons and other cosmetics to choose from. Core game-play will include a competitive PvP mode, as well as a single player and co-op PvE conquest mode.

Themed around a futuristic sci-fi setting and supported by the powerful Unreal engine, Genesis creates the battlefield and characters with intricate details. The game uses amazing light and shadow effects to offer users an authentic visual impact of the future.

Genesis provides rapidly changing battlefield features, from undulating fissures of geomagnetic storms to the hushed alien landscape where danger lurks. Here, players can immerse themselves to fully experience the excitement of MOBA game-play by conducting intense and fast-paced combat across the expanse of Genesis’s battlefields.