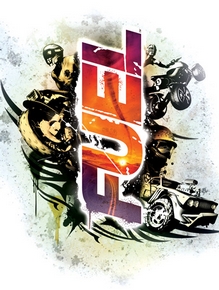 FUEL was delisted from Steam no earlier than November 22nd, 2013 according to discussion in the game’s community forums. One user in the same forum thread relayed this brief confirmation from Codemasters support:

“Thank you for submitting your recent request to Codemasters Customer Services concerning Fuel. Due to the age of the game, we no longer offer Fuel for sale unfortunately.

The PC version of the game was most likely delisted due to changes that were required to keep it playable; either to the Games for Windows LIVE infrastructure or the SecuROM DRM that verified each copy’s authenticity. Codemasters potentially chose not to update the game and instead removed it from sale on Steam.

FUEL remained available digitally on Xbox 360 until 2019. Archive.org captures show that it was last available in mid-July 2019 but may have not been delisted until later in the year, possibly as late as October.

“In an alternate present, vast swathes of safe zones as extreme weather wreaks havoc, creating thousands of sqAmerica have become no-go areas as the devastating effects of global warming ravage the continent. Floods, storms, bush-fires, tornados and hurricanes have driven people from towns and cities into uare miles of dangerous uninhabitable areas.

People turn to renewable energy in the face of the destruction caused by global warming. But these danger zones become a playground for a new breed of racer. With a stockpile of fuel to be burned, adrenaline junkies head into the wilderness to compete against each other in spectacular races against themselves and the elements.“