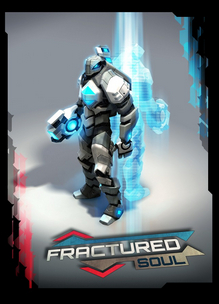 It was announced on the game’s GOG.com forum page on February 19th, 2020 that Fractured Soul would be delisted , just two days later on February 21st.

“We’d like to inform you that Fractured Soul will be delisted from our catalog this Friday, February 21th, 2pm UTC. For everyone who purchased it prior to delisting, the game will remain in their GOG library.”

No explanation was given but it could have been delisted as developer and publisher Endgame Studios has been dormant for several years. With no functioning entity to maintain the game’s presence on GOG.com, it has now been removed. However, as of this writing the game remains available on Steam and Nintendo 3DS.

“You are the Entity, one who is able to shift between realities at will. Your mission is to defend the Typhon Cluster, lifeblood of all existence, from a swarm of invading hostiles. With danger on all sides, it is only your unique power that can give you a fighting chance.

Fractured Soul takes the classic platformers of the 80s and doubles the action! Your unique ability to shift between two parallel dimensions allows you to weave through enemy fire, catch opponents by surprise, and leap over impossibly wide gaps by using platforms in both realities.

A winner of the PAX Indie Showcase in 2013, an Honorable Mention in GDC Play’s Best In Show in 2013, and a two time finalist in Game Connection’s Selected Projects, Fractured Soul has won the hearts of critics the world over with no less than 50 reviews scoring the game 80% or better.“