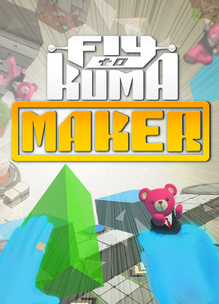 “Fly to KUMA, the mind-bending puzzle game made for VR, returns with an all new twist! Grab and rearrange blocks with your hand, and lead the running Kuma bears safely across new levels full of never-before-seen hazards. Expand gameplay even further with the new level editor, which lets you easily create and share your puzzles with the world!“

60 All-New Levels with New Mechanics and Tricks
Challenge 60 all-new levels, all designed for hand controls! This time, you can move blocks around even while the bears are running, so make quick decisions and whip together new paths just in the nick of time!

“Make Mode” Level Editor Offers Infinite Replayability
Once you get the hang of solving the puzzles, take a shot at making them yourself! The new Make Mode is an easy to use, full-fledged VR level editor for crafting your very own enigma. Levels can be shared with players around the world, so share your levels, solve others’ creations, and get your puzzle into the top of the level rankings!