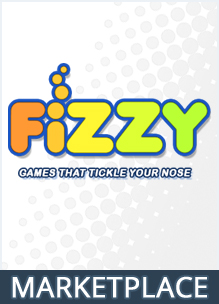 The Fizzy.com marketplace was shut down in September of 2015 after the site was acquired by eGames. All third-party titles not created by 3RD sense were removed and the site was pared down from 2,100+ games to just over 20. In February of 2016, Swords and Sandals developer Oliver Joyce announced that eGames had also acquired the series and that he would be maintaining existing titles and releasing new entries on Steam, iOS, and Android as Whiskeybarrel Studios.

By December of 2016 fizzy.com began redirecting to fizzy.com/swordsandsandals which offered paid downloads of the series titles and a bundle including other 3RD sense releases. In June of 2017 Swords and Sandals 2 Redux launched on Steam. Other Steam releases including new sequels, remakes of older titles, and bundles followed. In January of 2020 the fizzy.com site was redesigned again, featuring only the Swords and Sandals series and removing 3RD sense’s legacy releases.

Although by no means complete, below is a listing of various “Popular Games” from fizzy.com’s homepage between 2007 and 2015:

Heavily featured on fizzy.com over the years are titles developed by 3RD sense themselves. Below is a partial listing of their releases found on the site between 2007 and 2019:

“3RD sense is Australia’s leading Casual Games Business. Their hits include Swords and Sandals 1, 2 & Crusader, Jewel Thief, Sea Jewels, Ghoul Academy, WolfN’Swine, Death Row, Food Fight, Chan Chu and many more. Their Casual Games portal, Fizzy.com was launched in June 2007 and has experienced massive worldwide growth since then. Fizzy.com provides free games, enhanced games and a games shop. It also has a developer portal where any Flash game developer can upload and track their games on Fizzy.”
– 2008 Press Description

“Welcome to Fizzy.com, more fun free games for everyone. Fizzy.com is the official home of the Swords and Sandals games, the Lightning Pool Games, and hundreds of other FREE online Flash games and Download games for PC and Mac including puzzle games, RPG games, sports games, multiplayer games, adventure games, driving games, action games, casual games, games for women, games for men and games for kids. FREE members can submit high scores, create avatars, keep stats. VIP members can play Premium Casual Games and save money too. Flash game developers can distribute their games on Fizzy.com and earn serious cash. Join Fizzy.com and help us on our mission to make the web more fun for everyone.”
– Early 2015 Site Description

“Fizzy is owned and operated by eGames.com, an internet game company located in Irvington, NY (a small town twenty miles north of New York City on the Hudson river) in the United States. Our goal is to provide you with the best free online games on the internet. Whether they are puzzle games, time management games, or role playing games — just come here to fizzy.com.

Fizzy also offers other game developers the opportunity to distribute their games on Fizzy and if you are a game developer, then you should take a look at the Fizzy games developer network.”
– Late 2015 Site Description

Thanks to Rowan Akihiro for submitting this game to the site