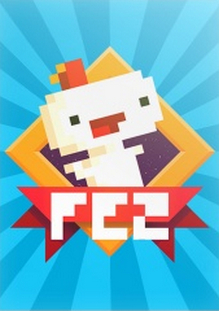 GOG.com announced on July 23rd, 2018 that Fez would be leaving the service just two days later. The succinct forum post offered no explanation, only the following message:

Hello everybody,
Per request from the Polytron Corporation, FEZ will be unavailable for sale on GOG.COM starting on July 25, 4 PM UTC. If you own FEZ on GOG.COM by that date, you’ll retain access to it in your library.

Speculation at the time suggested that Polytron may have removed the game in retaliation for a tweet that GOG.com made. Destructoid’s post on the game’s delisting at the time sums up the situation:

“It’s unclear as to why Polytron asked for Fez to be taken off GOG. The most obvious reason would be because of a Postal 2 GIF that GOG shared on Twitter last week. It is seemingly a pro-Gamergate meme that shows the protagonist pissing on a gravestone that reads “Games Journalism, Committed Suicide August 28, 2014.” This is the date that’s commonly accepted as the beginning of Gamergate.

GOG walked back its involvement the day after posting the GIF. GOG deleted the original tweet and sent out an apology that said: “Unfortunately, we’ve failed to make the association between the image, the date, and an abusive movement. Our intention was never to hurt or condone hate. We have removed the tweet now, we clearly messed up here.”

Polytron and its notorious founder, Phil Fish, have never officially responded about the game’s removal. As of this writing Fez remains available on all other digital platforms lending further credence to the theories behind its delisting.

What’s cool about it:

“Gomez is a 2D creature living in a 2D world. Or is he? When the existence of a mysterious 3rd dimension is revealed to him, Gomez is sent out on a journey that will take him to the very end of time and space. Use your ability to navigate 3D structures from 4 distinct classic 2D perspectives. Explore a serene and beautiful open-ended world full of secrets, puzzles and hidden treasures. Unearth the mysteries of the past and discover the truth about reality and perception, in this phenomenal puzzle-platformer!“

Thanks to DotsSalchow for submitting this game to the site