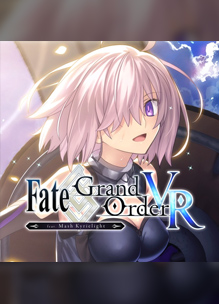 Fate/Grand Order VR feat. Mash Kyrielight appears to have been delisted on PlayStation 4 in Japan and North America between February and May of 2021. As a short and free VR app, it had no Trophies and was not being tracked closely by the trophy hunting crowd. The last mention we found that may indicate that it was still available was in February and its absence was pointed out to the site in early May of 2021. It is still possible that it was delisted earlier but we found no older mention of its absence.

As for the cause, Aniplex may have simply chosen to stop paying to keep the free app on the PlayStation Store. As of July 2021 Aniplex still has upcoming PlayStation 4 titles scheduled for release so it seems unlikely that they are no longer an active PlayStation publisher.

From the makers of the hit mobile game Fate/Grand Order comes a brand new virtual reality experience – Fate/Grand Order VR feat. Mash Kyrielight. Brought to you by the FGO PROJECT, the first and only Fate VR drama will be available on February 26, 2019 on PlayStation®VR in the United States for free and players will have access to two original stories featuring Mash Kyrielight and Altria Pendragon.

Thanks to Shadow Claw for submitting this game to the site