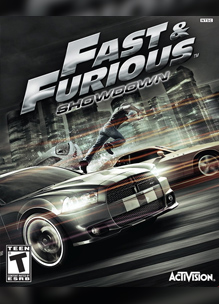 Fast & Furious: Showdown ws delisted on Steam on January 4th, 2017 and likely on PlayStation 3 and Xbox 360 around this same date. The cause for the delisting is almost certainly related to expired licensing between Activision and Universal Pictures, owners of the Fast & Furious property.

BECOME A PART OF THE CREW!  Strap in and get ready for an intense ride as you team up to take down a dangerous international gang that can only be stopped by you and the rest of the Fast & Furious crew. Get behind the wheel of some of the world’s most intense rides and take on high-stakes driving missions cooperatively with a friend or computer A.I. Put your skills to the test in Challenge Mode, an over-the-top game mode offering addictive objectives and high re-playability. Build your dream car and modify it with more than 50 awesome upgrades and performance perks. Heists, hijacks and mayhem combine across 8 epic global locations, from Rio to LA to Moscow, in an original storyline that spans the entire Fast & Furious film franchise.