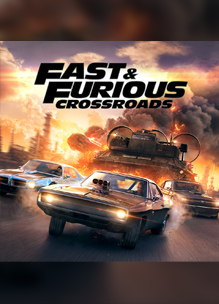 Bandai NAMCO announced on March 29th, 2022 that Fast & Furious Crossroads would be delisted on April 29th after less than two years on sale. The brief announcement follows:

If you bought the game digitally it will remain in your library and can be redownloaded in the future. Any DLCs purchased before April 29, 2022 will still be available to use after this date. The game’s online modes will also remain active.

The delisting was likely due to expired licensing of the Fast & Furious property from Universal Studios but the game’s lackluster reception may also have contributed to the decision to remove it from sale.

Caught up in a dangerous world of organized crime, three small-time garage owners find themselves at a crossroads. In a quest for vengeance, their destinies collide with a cast of familiar faces who share the same adversary.