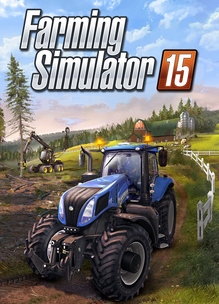 The original version of Farming Simulator 15 for PlayStation 4 was likely delisted by the end of 2019 in North America. In the Summer of 2018 GIANTS Software took over as the publisher for the game on Steam. In August of 2019 the Focus Home version of the game and its DLC were heavily discounted on PlayStation 4 leading up to the August 22nd re-release published by GIANTS themselves.

The PlayStation Store page for the Focus Home version of the game remains online as of this writing, possibly to support the paid DLC that is still available. The 2019 release by GIANTS does not have any additional DLC on the PlayStation Store and may be included with that version of the game. In 2020 GIANTS Software became the publisher of Farming Simulator 17 on Steam but as of this writing it has not affected any console versions of the game. GIANTS has also taken over as publisher for their previous Farming Simulator releases.

It appears that Focus Home Interactive has established contract terms where publishing rights are relinquished after so many years. However, it is uncertain why the particular case of Farming Simulator 15 – only on the PlayStation 4 and only in North America – would require a re-release of the game.

“With a brand new graphics and physics engine, Farming Simulator 15 offers an immense open world filled with details and visual effects! In multiplayer online, or in solo, manage and develop your own farm:  harvesting, animal husbandry (cows, chicken and sheep), sales of fresh products, investment in new and more powerful vehicles or tools…

Discover also the new activity in Farming Simulator 15: woodcutting, and its selection of entirely dedicated vehicles and tools!  Across hundreds of acres of land offered by the new Nordic environment, and a renovated North American environment, use and drive over 140 authentic vehicles and farming tools, including exclusive vehicles, from over 40 most famous manufacturers: New Holland, Ponsse, Case IH, Deutz-Fahr… In multiplayer, grow your farm online with other players to boost your productivity!“