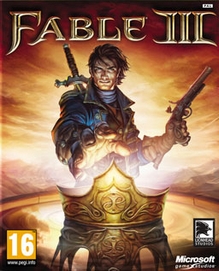 Fable III was delisted from the Games For Windows – LIve Marketplace on PC on August 22nd, 2013 and from Steam on December 5th, 2013. On December 21st, Lionhead Community Manager, Hohbes, posted to the game’s Steam Community forum explaining the removal:

As many of you will already know, in August 2013 the Games For Windows Live Marketplace was closed[support.xbox.com]. This shut down means that product keys for Fable 3 and its associated DLC are no longer being created, and therefore the game and its DLC cannot be purchased from GFWL or Steam. Of course, if you have already purchased the game you’ll still be able to download and play it.

It’s worth noting that those with DLC codes still waiting to be redeemed should redeem them in-game, and not via the xbox.com website (for more info see this thread). This is because we’ve found an issue relating to DLC keys that are redeemed via the xbox.comwebsite which will result in the key becoming unusable. We’re looking into this issue currently and hope to have it fixed soon.

In the meantime though, if you have tried to redeem your code via Xbox.com and have encountered this problem, please get in touch with Xbox Customer Service[support.xbox.com], as they will be able to assist you further.

“Fable III is the next blockbuster installment in the highly praised Fable franchise. Lead a revolution to take control of Albion, fight alongside your people, and experience love and loss while preparing to defend the kingdom against a looming threat. Your choices as ruler will lead to consequences felt across the entire land.“

Thanks to Crystalyne for submitting this game to the site