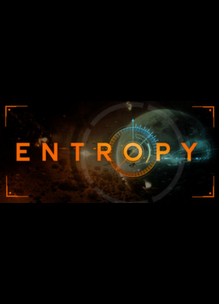 Developer Artplant announced in a Steam Community forum post on November 30th, 2017 that Entropy had been removed from sale and that the servers would be shut down in March of 2018. The announcement read:

We have decided to remove Entropy from the store page. It’s been a very long time since there has been any meaningful activity in the game, so we felt that this was the best decision.

We are sad that it turned out this way, and are sorry that our common journey into the stars is coming to an end. It is said that you learn most from your mistakes, and Entropy has been a big learning experience for us. We will be keeping the server up for 3 more months and will be shutting it down March 1st 2018.

“Entropy is an open-universe science fiction MMO with a strong focus on freeform gameplay and large-scale space combat. Explore a hostile galaxy filled with over a hundred solar systems, each completely explorable, where you can hunt, trade, mine and salvage in order to survive. In Entropy, you can play the way you want, and take part in shaping a universe where you, the players, are in control.

Entropy is a true MMO – not just an arena shooter or a single-player game with added online functionality. You can interact with thousands of other players – some friendly, many hostile. Your actions will shape and influence the persistent universe.“

Thanks to Danny for submitting this game to the site