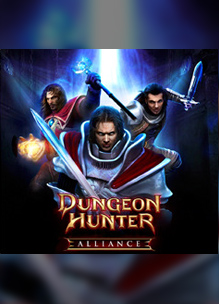 Dungeon Hunter: Alliance for the PlayStation Vita was delisted no later than July 19th, 2017. The earliest confirmation comes from a post on the GameFAQs board for the title. The Vita version of the game was most likely delisted due to an expired licensing agreement between Gameloft and Ubisoft.

The PlayStation 3 version, developed and published by Gameloft, has also been delisted in Europe, Japan and Korea, suggesting that Gameloft has scaled back support for its older titles.

A unique multiplayer experience on PlayStation®Network: team up online with your friends or with players across the globe! The game difficulty will adapt to the number of players. Do your training and climb the ranks in the online global leaderboards.

Fun “hack & slash” gameplay, enhanced by special controls that take advantage of the PlayStation® Vita hardware: Use the touch controls to pick specific items, the back touch panel to perform special spells, and the accelerometer to counter rival curses by shaking your device.

A real quest to complete solo or with others, spanning over 30 levels with an immense world of dungeons, villages and forests to explore, including areas that are randomly generated. Gothicus will never cease to amaze you!

All the ingredients for a great role-playing game: choose your class, optimize your hero’s development by assigning experience points to the attributes of your choice, and equip your hero with the best armor thanks to the items you collect throughout your adventure.