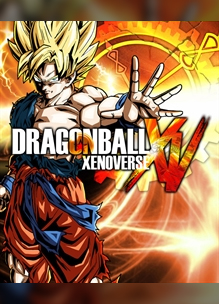 Dragon Ball Xenoverse was delisted on PlayStation 3 in North America and on Xbox 360 in Australia, Europe, and North America between March 15th and May 15th, 2021. Google Cache archives of the Xbox 360 store page show the game was still available to buy on March 15th and delisted by the next capture on May 15th when its absence was also pointed out to the site.

The delisting may be related to a temporary issue with the game’s servers outside of Asia, however Bandai NAMCO may also have chosen to retire support for these older, less active versions of Xenoverse. At this time it is equally possible that the game will return or that it will be delisted on PlayStation 3 and Xbox 360 in other territories.

The latest Dragon Ball game lets players customize and develop their own warrior from 5 races, including male or female, and more than 450 items to be used in online and offline adventures. Create the perfect avatar, learn new skills and train under the tutelage of your favorite Dragon Ball characters. Help Trunks fight new enemies and restore the original story of the series. Join 200+ players around the world in the Toki Toki City hub and fight with or against them, and compete in online tournaments!

Thanks to SoleSix for submitting this game to the site