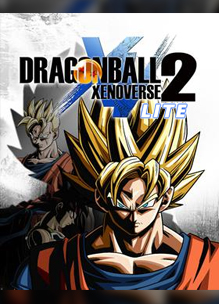 The Nintendo Switch ‘Lite Version’ of Dragon Ball: Xenoverse 2 was delisted on November 29th, 2019. Bandai NAMCO announced the game’s release on August 29th in a tweet that also confirmed that it would soon be delisted.

The DRAGON BALL XENOVERSE 2 Lite Version for #NintendoSwitch is now available! Try out the game for free from now until November 29th.

Do you fear jumping into the deep end of the pool? Are you afraid of leaping head-over-heels in love? Is commitment difficult for you? If you’ve answered yes to any of these questions, then we’ve got the remedy in the form of DRAGON BALL Xenoverse 2 “Lite”, a free version of the game that will be available for download starting Wednesday, March 20th for PlayStation®4 and Xbox One. New players entering the Xenoverse 2 through the “Lite” version of the game will be able to experience the following:

Thanks to Mr. Rexio for submitting this game to the site