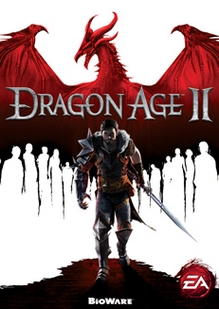 Electronic Arts and Valve announced a partnership in October of 2019 that would see the publisher’s offerings return to the Steam platform. Initially this included new releases like Star Wars Jedi: Fallen Order but on June 4th, 2020 several older EA titles returned to sale on Steam including Dragon Age II and an all-inclusive DLC package.

Dragon Age II was delisted from Steam on July 27th, 2011 due to EA’s handling of in-game downloadable content. In a follow-up on IGN.com, EA explained that “Steam has adopted a set of restrictive terms of service which limit how developers interact with customers to sell downloadable content”. The statement added that “we hope to work out an agreement to keep our games on Steam” but Dragon Age II never returned to sale on the platform. According to SteamDB it was officially and finally removed on November 26th, 2014.

Dragon Age II and its DLC remains available on PC through EA’s Origin.com and on physical media and to download on consoles as of this writing.

“You are Hawke, a refugee seeking to escape the darkspawn-plagued land of Felderen and become Champion of Kirkwall. Rise to power and fight epic battles while making decisions that determine the course of civilization. Your pursuit of power begins now. How will you seal your place in history?“

Game Features:
Cinematic storytelling. Experience a decade’s worth of battles and intrigue thanks to a nonlinear narrative that keeps the action coming. A redesigned dialogue system gives more context to your decisions and helps players create a fully realized, multi-dimensional character.

Customize your fight. Dozens of spells and three battle companions give players endless options in battle. Stay in the moment with fast-paced action combat, or pause the battle and make every move count by issuing individual orders.

Make bigger moves. Your actions carry greater weight than ever and you’ll need to think long-term because you have an entire decade to reach your goal. Every dialogue and battle decision affects your standing with party members. Maximizing your friendship opens up more options.