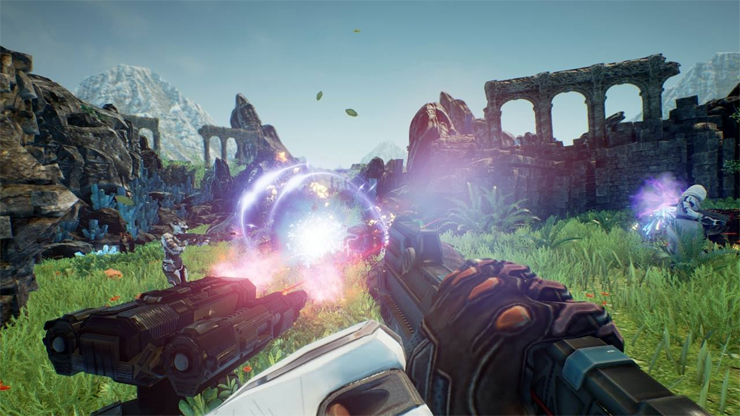 Monday morning, June 27th, Trek Industries was made aware that their sci-fi action shooter ORION had been removed from Steam. According to a statement from David Prassel posted to the Steam Community page for ORION: Prelude — a precursor to ORION proper — the game was removed after Activision filed a DMCA takedown request.

As Prassel relays it in a Community post, “on behalf of Activision, who alleges that the game Orion uses weapon art content from Call of Duty: Black Ops 3 and Call of Duty: Advanced Warfare. The weapon art in question includes the M8A7 rifle, the Haymaker rifle, and the Bal-27 rifle.”

Prassel has made several additional posts in the 24 hours since the delisting. This has culminated in the announcement of an Indiegogo campaign to recoup the expected lost profits while the game is absent from the Steam Summer Sale. Meanwhile, interested parties on reddit have started a thread investigating Prassel’s actions and comments over the preceding days and weeks.

As the story around ORION’s delisting is very much still in flux I’m going to hold off on making a game page for now. It’s possible that it may reappear on Steam if the assets in question are removed and the game continues to be updated for those who still have access to it. Some of that info that reddit dug up could make this one of the site’s juiciest tales though.