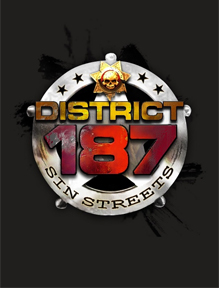 On August 12th, 2013 developer CJ Gamelab posted to District 187’s Steam community forum to announce that players would no longer be able to purchase in-game currency through Steam. While these purchases remained available through the game’s dedicated client from Netmarble, it foreshadowed more unfortunate news to come.

On September 3rd, 2013 the developer announced that District 187 would be shut down just one month later on October 3rd. No explanation was given but low player counts and low sales of DLC for the free-to-play title likely led to the decision. The original announcement follows:

After much consideration we have made the difficult decision to close District 187. On October 3rd, 2013, the game servers will go offline. We want to thank all our fans from all over the world for their support. Without you, we would have never made it this far. Any NC you currently have will still be available to spend in the in-game shop until the end of service date. All related character data will be deleted and will not be recoverable once the game has closed.

As a special gift to our fans we will be issuing rewards to as a token of our appreciation. These rewards will be issued after a patch scheduled for early next week. All players will be eligible for these rewards. These items must have been acquired after March 1st, 2013. This patch will remove the ability for players to purchase additional NC in-game as well as several small changes and will be the final patch that will be coming to District 187 before the game closes.

Again, we want to thank you for your support.

District 187 was removed from the Steam store and from Netmarble on September 9th after the closure announcement. This gave interested players time to download the client and continue playing the game through October 3rd.

“After the collapse of the global economy at the end of the 21st century, battles rage for control over the city, and only you can make a difference. At the heart of District 187: Sin Streets rages cut-throat, urban, player vs. player warfare. In this fast-paced first-person shooter, players must choose to join either vigilante S.W.A.T. agents or ruthless gang members.

District 187 features a unique competitive team vs. team game mode called Street Fight, where players form clans and fight to control territory on a weekly basis. Street Fight is a weaponized tug-of-war between S.W.A.T. and Gangsters, and is the key to dominating the Sin Streets. The ranked Street Fight matches let everyone know exactly which competing clans rule the streets!!“

BECOME AN ICON
Characters are highly customizable. Players can choose from various Faction Icons, then customize their look and load-out. The gun modification system puts customization in the hands of the players. Add sights, flashlights and more to weaponry for a tailor-made tactical advantage.

CHECK YOUR SIX!
Experience brutal melee combat with a tactical stealth system. Exclusive ‘Quick 187’ feature; it instantly turns you around to cover you own back!

FAST PACED SHOOTER!
Nearly 20 different maps make District 187: Sin Streets one of the most full-featured first-person shooters on the market! Play exclusive and re-imaged game modes including Boss Mode, where you take charge; Scramble mode, a twist on CTF; or VIP Rooms, where you can put your money where your mouth is!

Thanks to ShinyPanties for submitting this game to the site